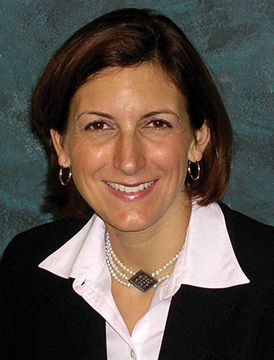 AMHERST, N.Y. – Dr. Mimi Harris Steadman, associate vice president for institutional effectiveness at Daemen College, has been selected by Buffalo Business First as one of this year’s Women of Influence award winners for her exemplary contributions to the community and the college. Honorees will be recognized at an awards presentation scheduled for Sept. 17 at Grapevine Banquets.

Steadman will be honored in the behind the scenes category, which recognizes women who, though they may not have the big title or corner office, are a driving force behind the success of their employer.

“Mimi is an exemplary leader and a highly regarded role model at Daemen and is truly deserving of this recognition,” said Daemen President Gary A. Olson. “This honor is a testament to her extraordinary vision, commitment and positive influence she has had on our college.”

Steadman said, “I am deeply honored to be included among the talented and dedicated leaders who are being recognized as Women of Influence award winners. Throughout my tenure at Daemen, I’ve had the opportunity to collaborate with many exceptional colleagues on efforts to enhance the college’s programs and services to advance student success.”

Joining Daemen in 2006, Steadman was appointed last year to her current associate vice president role, having previously served as executive director of the Center for Excellence in Teaching and Learning and Title III project director. She was honored by Daemen with the 2015 Outstanding Administrator Award.

She is a Williamsville resident.