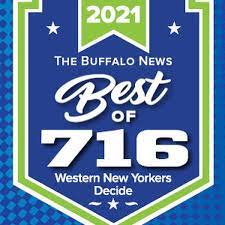 In a public vote held by The Buffalo News, Daemen College was chosen as the region’s “Best Local University.”

The first-ever “Best of 716” competition saw Daemen earn top honors over all other institutions of higher learning in Western New York, including the University at Buffalo, D’Youville College, Canisius College and Niagara University.

During the contest’s first round, Daemen was named top-5 finalist in a field of more than 20, on the strength of nominations from the community. Then, during a vote held over the summer, Daemen received more total ballots from the general public than all other finalists.

More than 220,000 ballots were cast, and 35,000 nominations were received, according to the Buffalo News.

“We’re honored that the 716 community agrees with what we strive to be everyday—the very best at what we do,” said Emily Burns Perryman, vice president of institutional advancement at Daemen. “We look forward to defending our title by continuing to be the top college in the region.”