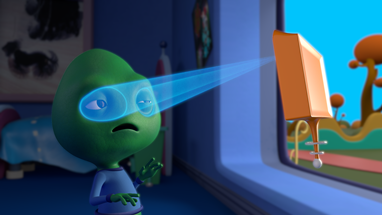 AMHERST, N.Y. -- Short films created by graduating students in Daemen College’s animation program were featured at The Senior Show held on May 12 in the Albright-Knox Art Gallery, making this the first time the annual event was hosted at this venue. A question and answer session with the student filmmakers followed the screenings.

“We were very excited to show the films at such an amazing venue as the Albright-Knox,” said Mike Jones, assistant professor and program director of animation. “We had many amazing films this year made in a multitude of mediums, including CG (computer-generated), stop motion, and hand drawn animation.”