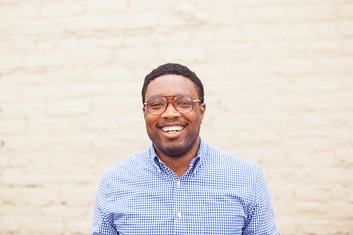 AMHERST, N.Y. – ACe Callwood, CEO and co-founder of Painless 1099, which was among the emerging businesses named a winner in last year’s 43North business competition, will speak on April 6 as the final featured presenter in the 2015-16 Daemen College Nancy Haberman Gacioch Entrepreneurship Lecture Series.

The lecture will take place at 5 p.m. in the Wick Campus Center Alumni Lounge. It is free and open to the public.

Callwood’s company Painless 1099, an online banking tool that assists freelancers with saving money for taxes, was named a $500,000 winner in the 43 North business competition held in 2015. Prior to starting the company, Callwood co-founded Coffitivity, a Web app that recreates the ambient sounds of a coffee shop to help workers boost creativity and to work better. The online app was named one of the 50 Best Websites in 2013 by TIME Magazine and among the Top 100 by PC Magazine.

Callwood serves as co-chair of Virginia Gov. Terry McAuliffe’s Council for Youth Entrepreneurship, and was previously entrepreneur in residence at the Virginia Commonwealth University School of Business and vice president of the Richmond Venture Forum.

The 2015-16 Nancy Haberman Gacioch Entrepreneurship Lecture Series, which is sponsored by the Daemen Entrepreneurship Program, has featured several community entrepreneurs who recognize the potential that exists in the region’s neighborhoods through revitalization efforts, new programming, job creation, or collaborative endeavors.