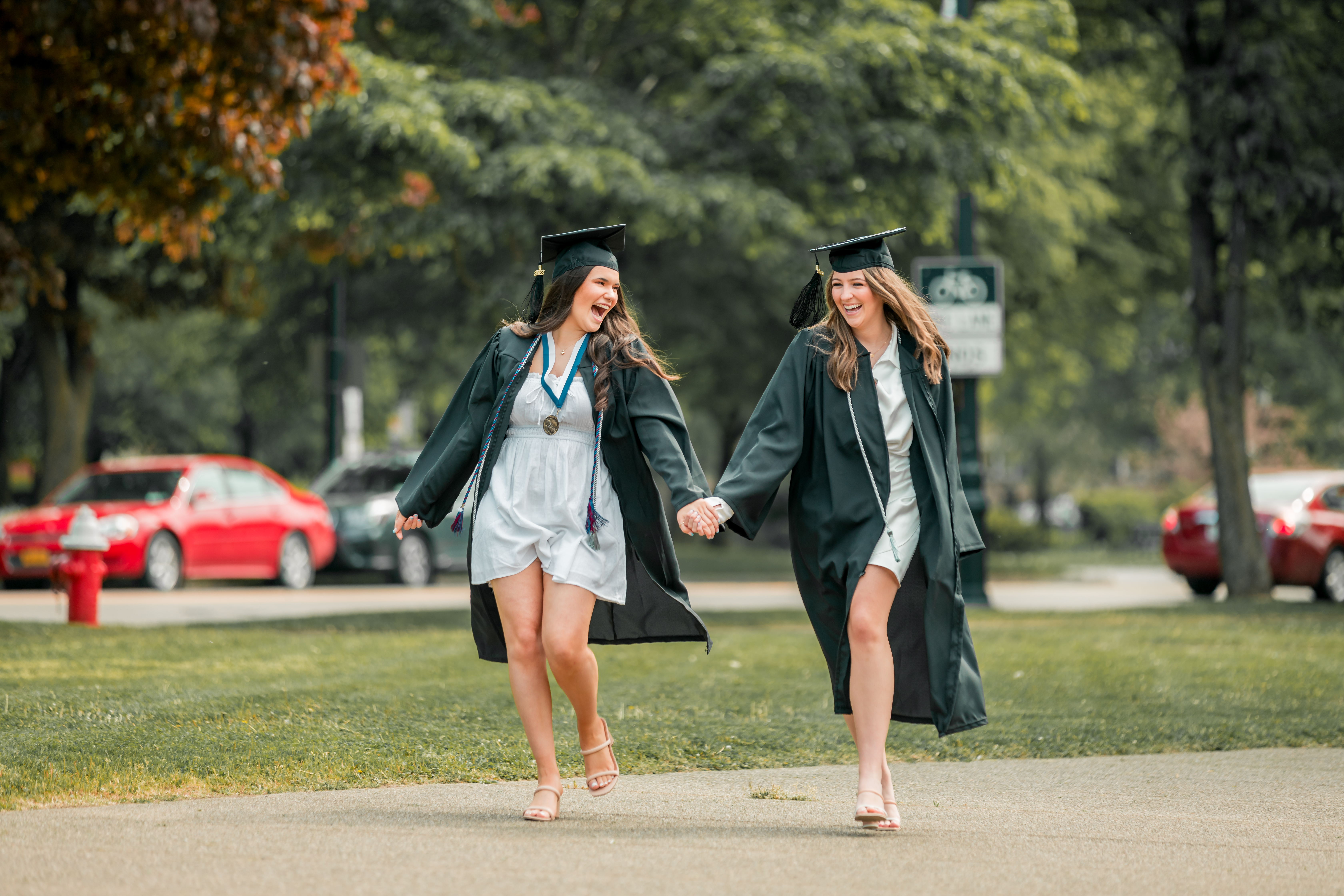 While 1,102 days had passed since Daemen last held commencement at Kleinhans Music Hall, this year’s ceremonies – the 71st in the institution’s history – were a welcome return to the university’s long-standing tradition of holding graduation in one of the most significant and storied cultural assets in the region.

The joyful and poignant occasions marked both the successful academic journeys of hundreds of students who persevered through the pandemic – and one week since a tragic hate crime that had served to unite western New York in “one of the most challenging and painful weeks in the city’s history,” said Buffalo Mayor Byron Brown, addressing the Class of 2022.

“As you graduate and head out into the world,” said Brown, “take with you the hard truths and lessons learned from last Saturday’s tragedy. Whoever we are, wherever we are, whenever we see hate, we need to speak out against it. … I ask you to not tolerate intolerance.”

“We are showing the nation and world how we are helping each other heal through intentional acts of support,” added Brown, who was awarded an honorary doctorate from Daemen on Saturday. “Our world needs you, your unique gifts, your skill. It needs your love. .. May you go bravely forward.”

The five-term mayor also praised the persistence that defined this year’s graduates: “You achieved and excelled during an incredibly challenging time that required patience, creativity and resilience.”

McMahon told graduates that trusting in their preparation and training will bring success. “I’ve found that the most successful people approach their work with supreme confidence,” she said. “Confidence will take you far. Confidence and bravery is a potent mix. Especially backed up with hard work and determination.”

Noting that the milestone of earning a graduate degree is made up of “ordinary moments along the way – classes, papers, quizzes, labs, jobs, internships, and juggling school, work and family,” McMahon, who was also awarded an honorary doctoral degree Saturday, told graduates: “Your presence here today is a testament to the extraordinary success that comes from years of ordinary toil.”

Daemen President Gary Olson presided over ceremonies rooted in traditions and symbolism – the awarding of academic degrees dates to the 12th century – that honor academic freedom and other virtues of higher education.

The ceremonies also featured less formal forms of recognition; acknowledging that each graduates’ path included the support of others, Olson asked members of the audience—”mothers, fathers, sisters, brothers, wives, husbands, grandmothers, grandfathers, aunts, uncles, cousins, partners, and significant others”—to stand and be recognized for their contributions.

Olson told graduates, “I wish you well as you go forth to experience greater challenges than you have yet faced. … Do not forget the skills you developed here, as you become the successful individuals I am certain you will become.”

“You are now and forever,” added Olson, “part of the Daemen community.”

Both undergraduate and graduate ceremonies featured, as in years past, the Grammy Award-winning Buffalo Philharmonic Chorus, which calls Kleinhans home.

After each event’s turning-of-the-tassels ceremony, new graduates were inducted into the Daemen Alumni Association and processed out of Kleinhans to the ovation of family and friends.