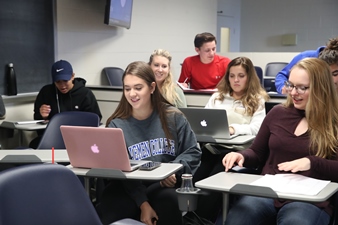 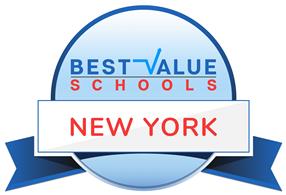 AMHERST, N.Y. – Daemen College has been named by Best Value Schools as one of the “50 Best Value Colleges and Universities in New York,” making it the only private college in the Buffalo Niagara region included on the newly released list.

Best Value Schools, an online guide to the best values in college education across the U.S., ranked the top public and private institutions in the state based on acceptance rate, graduation rate, return on investment, and net price. Daemen is ranked No. 46 and one of two Western New York colleges on the 2018 list, placing it among other prestigious institutions from across the state such as Colgate University, Hamilton College, Siena College, and the University of Rochester.

“We are proud to have Daemen ranked among the best colleges in the state for providing our students a high-quality education at an exceptional value,” said Daemen President Gary Olson. “As our regional and national prominence continues to grow, this recognition reflects our strong commitment to academic excellence and to offering our students distinctive programs with an impactful college experience.”

In citing Daemen, the college was noted for its set of core competencies that prepare graduates for success, helping to earn Daemen a spot in the New York rankings.

According to Best Value Schools, “Every major at Daemen finds its foundations in the school’s core curriculum, which emphasizes resilience, intellectual curiosity, professionalism, and civic responsibility. You’ll graduate with fundamental skills, including quantitative literacy, effective written communication, ethical discernment, and more, which are all valuable to employers in any field.”

This new ranking is one of other recent designations Daemen has received, including selection as a University Research and Review Best Value School, and as a College of Distinction, including field of study distinctions in nursing, business, and education. Daemen was also named to Zippia’s “10 Best Colleges for Nursing Majors in New York” and Best Value Schools’ lists for biology, environmental science, and accounting degrees.