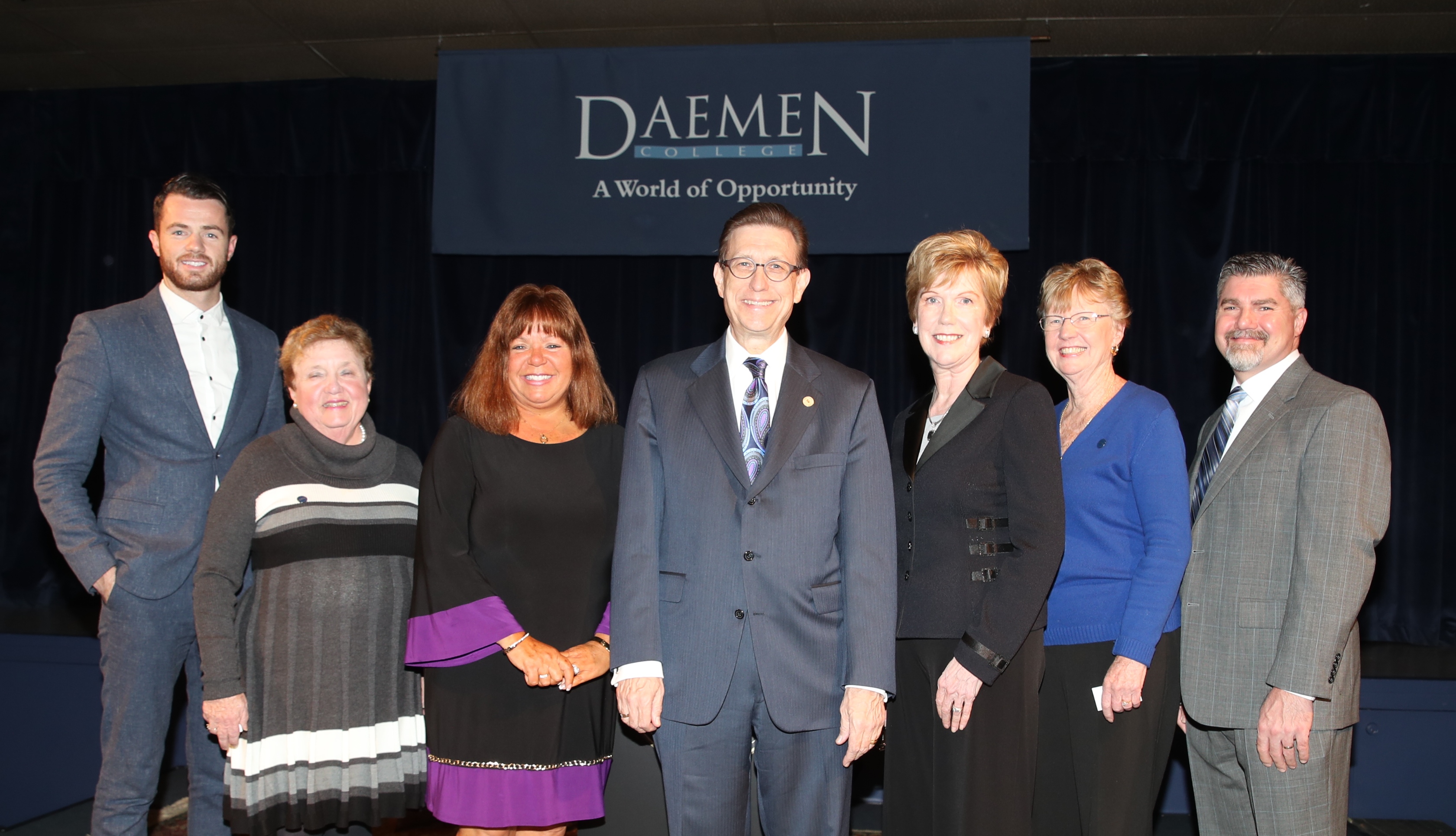 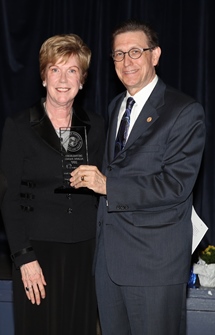 At the awards ceremony, Daemen President Gary A. Olson noted, “As their exceptional achievements clearly demonstrate, our distinguished alums are doing extraordinary things right here in Western New York, throughout the nation, and around the globe. We congratulate this year’s honorees on their many successes.”

The 2017 Distinguished Alumni Award recipients, who were selected by the National Alumni Board of Governors, are: Roger Warren Rogers, DO ‘98, of Wheatfield, Advancement in Career; Joanne Angelo Moeller ’64 (posthumously), Dedication to the College; Maggie Riccardi Dreyer, ’89, of Orchard Park, Service to the Community; and Chadwick Hopson ’10, of Sherman Oaks, Calif., Graduate of the Last Decade.

The celebration concluded with President Olson presenting the Distinguished Alumna Award to Elizabeth George Ivers, ’70, of Houston (pictured on right). The award, which is the highest honor awarded to a graduate, recognizes a graduate who has achieved distinction in their career and in the community and has shown outstanding dedication to the college.

A native of Batavia, Ivers has had a successful 43-year career at several major U.S. corporations, and is active in the community and a strong supporter of her alma mater.

Past Distinguished Alumni Award recipients from throughout the decades, family, friends, and members of the college community were in attendance to honor this year’s award recipients.