Expert to Speak at Daemen on U.S.-Iran Nuclear Deal 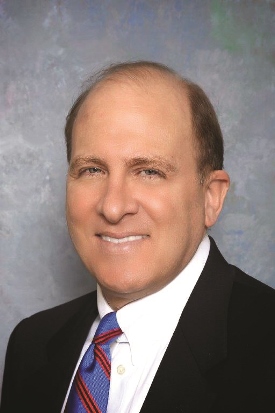 Expert to Speak at Daemen on U.S.-Iran Nuclear Deal

AMHERST, N.Y. – David S. Jonas, an international expert on nuclear nonproliferation, will discuss the U.S.-Iran nuclear deal and its prospects for success as part of the Daemen College Distinguished Leaders Lecture Series at 4:30 p.m. Dec. 7 in the Wick Campus Center Alumni Lounge.

The lecture is free and open to the public. Reservations are requested by emailing presidentsoffice@daemen.edu.

Jonas is former general counsel of the Defense Nuclear Facilities Safety Board (DNFSB) and the National Nuclear Security Administration (NNSA), and was director of legal strategy and analysis for the U.S. Department of Energy’s Office of the General Counsel.

Prior to this, Jonas was a Marine Corps officer and served as a nuclear nonproliferation planner for the Joint Chiefs of Staff. He negotiated numerous international treaties and agreements, including the U.S.-India Agreement for Peaceful Nuclear Cooperation, and has extensive experience working with the International Atomic Energy Agency, the Conference on Disarmament, and the United Nations.

Jonas is currently an adjunct professor at Georgetown University Law Center and Georgetown Washington Law School and has taught at the U.S. Naval War College. He has widely published and is a frequent speaker on nuclear nonproliferation law and policy and national security issues.

Jonas holds a law degree from Wake Forest University School of Law, a master of laws (LL.M.) in military law from the U.S. Army Judge Advocate General’s School, an LL.M. in international and comparative law from Georgetown University Law Center, a master’s degree in national security and strategic studies from the U.S. Naval War College, and a bachelor’s degree in political science from Denison University.