Founder of Popular Rental Community Site to Give Lecture 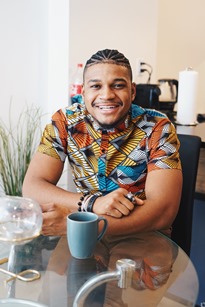 Founder of Popular Rental Community Site to Give Lecture

AMHERST, N.Y. – Entrepreneur Ofo Ezeugwu, CEO and founder of Whose Your Landlord, a site designed to empower and inform the rental community, will be the featured speaker at Daemen College’s Nancy Haberman Gacioch Entrepreneurship Lecture Series event on Feb. 26.

A 6:30 p.m. reception with the speaker and music provided by the college’s Wildcat Media and Entertainment will take place in the Elizabeth C. Tower Gallery in the Haberman Gacioch Art Center. The lecture, which is free and open to the public, will immediately follow the reception at 7 p.m.

Ezeugwu will talk about his path to launching the online site Whose Your Landlord, a 43North winner, which allows renters and home providers to share experiences and feedback. The site uses “the possessive form of the word ‘who’ because we’re giving renters ownership of their living situation by putting housing in their hands,” and has been described as the “MVP of landlord review sites” by apartmenttherapy.com.

Ezeugwu has been named a Disruptive and Innovative Entrepreneur by NBCUniversal and New York On Tech, and was recognized as the 2018 Young Professional of the Year by the African American Chamber of Commerce. He has also been named a BET #30Under30 and a Black Enterprise: Modern Man. His work has been featured in Forbes, TechCrunch, Newsweek, The Philadelphia Inquirer, and other publications.

A graduate of Temple University, Ezeugwu is a frequent speaker on leadership and entrepreneurship and is active in the Big Brothers Big Sisters entrepreneurial program.

The Nancy Haberman Gacioch Entrepreneurship Lecture Series, which is sponsored by the Daemen Entrepreneurship Program, features speakers who recognize the potential that exists in the region through development, revitalization efforts, new programming, job creation, or collaborative endeavors.