Lecture Series to Kick Off With Economic Development Speakers 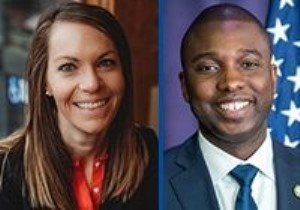 Lecture Series to Kick Off With Economic Development Speakers

The lecture, which is free and open to the public, will be held at 5:30 p.m. in Daemen’s Research and Information Commons Room 120.

“This event will highlight the strategic thinking and philosophies behind many economic revitalization plans occurring throughout the region,” said Dan Shanahan, assistant professor and coordinator of the entrepreneurship program. “We are thrilled to be hosting this thought provoking and insightful conversation.”

Prior to assuming her current role, Mays was a senior project manager at ESD, where she focused on several Buffalo Billion projects totaling more than $100 million in state investments, and monitored more than 40 Western New York projects. She received a master of urban planning from the University at Buffalo and is a graduate of William Smith College.

The second presenter will be Mo Sumbundu, assistant director of the WNYREDC. He will discuss New York State’s unique regional economic model to help spur growth, and his role with the REDC, including outreach with community leaders and elected officials and current economic development projects.

Sumbundu joined ESD in 2015 as assistant project manager at the Western New York office and was promoted to his current position last year. He earned a master of public health in public administration and a bachelor’s degree in political science from SUNY Buffalo State.

The Nancy Haberman Gacioch Entrepreneurship Lecture Series, which is sponsored by the Daemen Entrepreneurship Program, features speakers who recognize the potential that exists in the region through development, revitalization efforts, new programming, job creation, or collaborative endeavors.