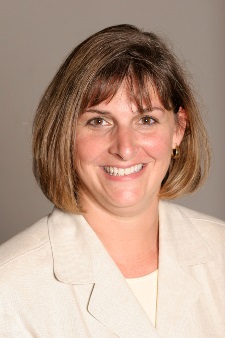 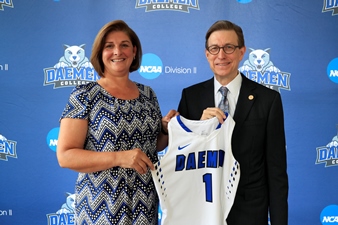 In making the announcement, Olson said, “Traci’s broad experience in intercollegiate athletics, commitment to the student-athlete experience, and vision will make her an exceptional leader for our athletics program. I look forward to working with her as we build upon our success in NCAA Division II athletics and our long tradition of academic excellence.”

Murphy brings to Daemen more than 25 years of experience in athletics administration and as an athletic trainer, including 13 years in Division I athletics in her current role at Canisius.

Prior to this, Murphy served as director of compliance, academics, and student-athlete support services/senior woman administrator at the University at Louisiana at Monroe, where she previously held the position of associate head athletic trainer. Prior to her tenure at ULM, she was head athletic trainer and director of intramurals and wellness at St. Mary’s College of Maryland.

“I am excited to join the Daemen family, and I look forward to working with the college’s talented student-athletes, coaches, and administrators,” she said. “Together, we will take athletics impressive record of academic achievements and competitive success to new heights.”

Attaining full NCAA Division II status in 2015, Daemen has marked several successes since it started the transition process in the 2012-13 academic year, including doubling the number of intercollegiate athletic teams; men’s basketball achieving the second highest number of victories in the East Coast Conference; and women’s volleyball advancing to the “Sweet 16” in the NCAA Tournament, as well as many other accomplishments.

Murphy is vice-chair of the Metro-Atlantic Athletic Conference (MAAC) Committee on Athletic Administration and has served on various other MAAC committees, including Women’s Basketball and Gender Equity/Student-Athlete Welfare, among others. She has also served on NCAA committees for Men’s and Women’s Swimming and Diving and Initial Eligibility Waiver Appeals.

Active in the community, Murphy is a long-time volunteer with Western New York Girls in Sports, which empowers young girls to be healthy and confident through participation in sports and physical activity.

She earned a master’s degree in health education from the University of Arkansas and a bachelor’s degree in physical education/athletic training from West Chester University. A member of College Women Leaders, she is also a graduate of the NCAA Pathway Program and the NCAA/Women Leaders Institute for Administrative Advancement.

Murphy, a native of Upper Marlboro, Md., resides in Amherst.