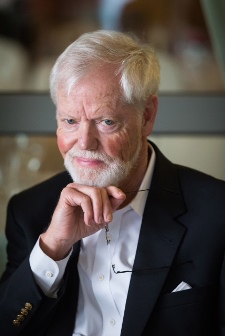 AMHERST, N.Y. -- Dr. David Warren, president of the National Association of Independent Colleges and Universities (NAICU) in Washington, D.C., will speak at Daemen College about the risks and opportunities facing higher education. The event, part of the college’s Distinguished Leaders Lecture Series, is scheduled for 4 p.m. June 22 in the Wick Campus Center’s Alumni Lounge and is free and open to the public.

Warren has served as NAICU's president since 1993, following nearly a decade as president of Ohio Wesleyan University. He has been described as “one of the most gifted leaders and creative thinkers in all of American higher education,” by Stanley O. Ikenberry, former president of the American Council on Education.

“Higher education and, in particular, private colleges and universities, are facing an ongoing series of threats, including cuts in financial assistance to students, rising demographic pressures on higher education, and efforts by government to micromanage the private college sector,” said Warren. “I am delighted to have the opportunity to talk about these challenges as part of Daemen’s Distinguished Leaders Lecture Series.”

Warren earned a doctorate in higher education administration from the University of Michigan, master’s degrees with honors in both divinity and urban studies from Yale University, and a bachelor’s degree in English from Washington State University, where he graduated Phi Beta Kappa.

Washington State honored him with the Alumni Achievement Award for Distinguished Leadership, and he was a Fulbright Scholar in India and a Rockefeller Fellow at Yale.