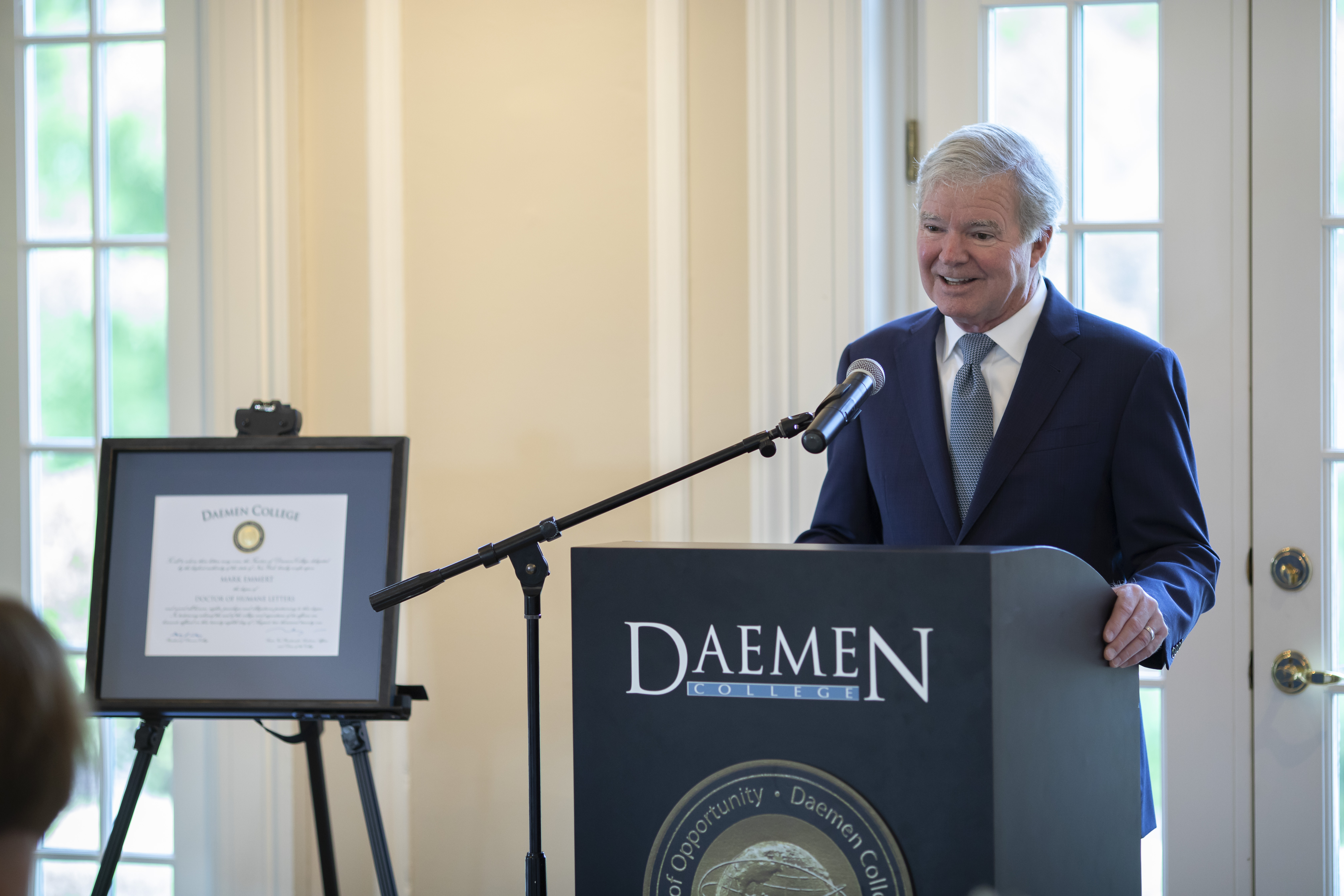 Emmert also conducted a discussion with the Daemen’s NCAA Division II student-athletes—his first on-campus event since the start of the COVID-19 pandemic.

“He’s a true role model to our students and all of us,” said Daemen President Gary Olson, in awarding the honorary doctorate of humane letters. “

“We honor your life and achievements. You will always be a part of our campus, our community and are always welcome at Daemen,” added Olson, who has served on the NCAA Board of Governors—the highest governance body in the NCAA, which represents 19,500 teams and nearly half a million college athletes.

“As someone who has spent the vast majority of my life in higher education, this truly means a great deal,” said Emmert. “I appreciate this honor immensely.”

The degree was awarded during a small ceremony that included Amherst Supervisor Brian Kulpa, East Coast Conference Commissioner Robert Dranoff, Calspan owner and treasurer of the National Trust for the Humanities John Yurtchuk, who is also chair of the Daemen Board of Trustees.

In a town hall in Daemen’s Lumsden Gymnasium, Emmert answered questions posed by student-athletes on the history and purpose of the NCAA, mental health support for athletes, and the organization’s constitutional convention in November—which could result in the proposal of significant changes to the NCAA Constitution. 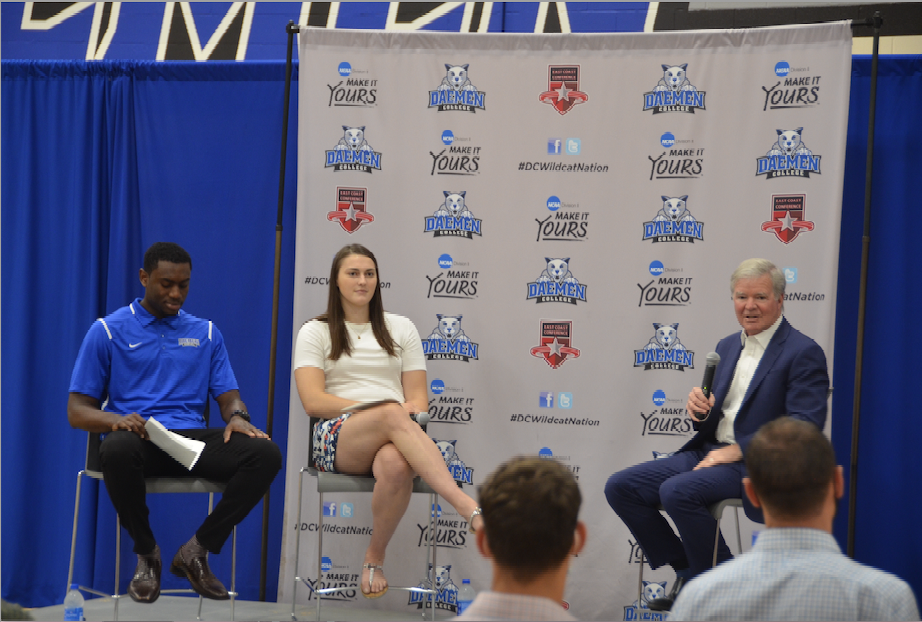 “The part of my job I enjoy the most is when I get to be around and talk to students,” Emmert told attendees. “I haven’t had a chance to do this since COVID started, and I miss it.”

Emmert went on to commend Daemen and NCAA member-institutions—in all three of its divisions—for their effectiveness in protecting student-athletes during the pandemic.

In May 2021, Emmert served as Daemen’s commencement speaker, delivering his address virtually, at the college’s graduation ceremonies.

Prior to serving on the NCAA Board of Governors, Olson was vice chair of the NCAA Division II Presidents Council, the body that helps set policy and the strategic direction for Division II colleges and universities nationwide.

“President Olson is an extraordinary leader, working with other presidents in the [NCAA] to oversee all of college sports,” Emmert told those gathered on Saturday. “He’s served Daemen, Division II, and all student-athletes incredibly well.”

On September 1, Olson will become a member of the NCAA Board of Governors Committee to Promote Cultural Diversity and Equity.

Prior to leading the NCAA, Emmert served as president of the University of Washington, his alma mater—becoming the first alum in nearly half a century to do so.

Emmert is a life member of the Council of Foreign Relations and a fellow of the National Academy for Public Administration. He is a former Fulbright Administrative Fellow, and a former Fellow of the American Council on Education.