Professor Publishes Play Based on Classic World War I Novel 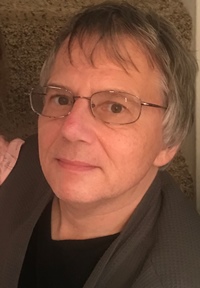 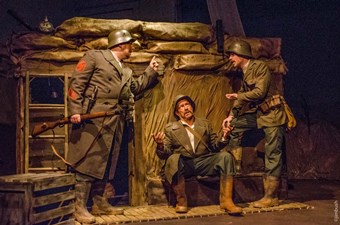 Professor Publishes Play Based on Classic World War I Novel

AMHERST, N.Y. – A locally sourced stage adaptation of the critically acclaimed novel “All Quiet on the Western Front,” considered one of the greatest war novels of all time, has been written by director and playwright Dr. Robert Waterhouse, associate professor of theater at Daemen College. The play was published this summer by Dramatists Play Service, one of the premier play-licensing and theatrical publishing agencies in the world.

Erich Maria Remarque’s book “All Quiet on the Western Front” was an international success when it was originally released in 1929 and made into an Academy-Award winning film the following year. The book focuses on a young German soldier’s experience in World War I and gives a traumatic account of warfare.

To adapt the expansive novel to the stage, Waterhouse wrote a version that requires only five actors. His stage adaptation of the novel started at Buffalo’s New Phoenix Theatre in 2014 to commemorate the centennial of WWI, an idea that evolved into a multi-year project as he continued to work on the script.

“During a meeting with the theater’s executive director Richard Lambert, I discussed that I wanted to do a production for the centennial of World War I,” said Waterhouse, who was also artistic director of the theater at the time. “His suggestion to do ‘All Quiet on the Western Front’ was an ideal fit for this project.”

For Waterhouse, there was also a family connection to honoring the 100th anniversary of the war. “Growing up in England, I was always interested in the history and impact of World War I, especially because my great-grandfather served in the Yorkshire Regiment.  He was wounded and hospitalized but then returned to the front, where he died in 1917.”

Waterhouse drew on his more than 30 years of experience in theater when writing the play, and conducted research in Belgium, where he visited Remarque’s former billet as well as battlefields, trenches, and war graves. He developed an early draft that matured during rehearsals with the acting company involved in the premiere production.

After the play’s successful and acclaimed run at New Phoenix, Waterhouse returned to the script and “gave it a good going over,” as he put it, rewriting and editing during the course of a semester-long sabbatical from Daemen.

Waterhouse, a Buffalo resident, dedicated the published version to his great-grandfather and two collaborators from New Phoenix who died in the years between production and performance – designer Michael Lodick and local actor Guy Wagner, who played Kat. A third collaborator on the project, photographer and video artist Jim Bush, passed away this July.

“I also roped a couple Daemen alum into the local production,” says Waterhouse, crediting the contributions of Daemen alumni Cameron Garrity ‘13, a puppeteer who brought life to puppets and props created by Michele Costa of theatreFiguren, as well as costume designer Katherine Pizzuto ’15, and assistant stage manager Sydney Mangin.

The WNY premiere production remains enormously close to Waterhouse’s heart and he speaks with admiration and affection of the original cast, which also included Geoffrey Pictor, Nick Lama, Jimi Konidis, and the creative team.

“Those performances were pretty definitive,” he said. “Sound designer Tom Makar had more sound cues for all those shots, flares, and explosions than any production in Buffalo, which were all illuminated by lighting designer Chris Cavanagh.”

The revised published script is intended to give the play a new life. Waterhouse joked that, “I am sure it will remain utterly obscure, until, perhaps, the next centennial.”