The Modern Languages department boasts an integrated program where students work with native and heritage speakers who are members of the Daemen community as a means by which to build communicative fluency.

Having the ability to speak more than one language not only gives you the opportunity to connect with people from all over the world, but also gives you the chance to meet new cultures, new religions and also new ways of life. Coming to the US was a great opportunity to continue growing as a English speaker, but also to know the American culture. English and Spanish constitute 25% of the Languages all over the world, which gives you the opportunity to communicate with all these people. Both languages will be introduced in my near future once I start working with my degree of Business with the specialization in International Business. 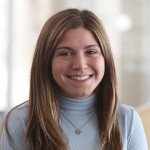 "Being bilingual not only allows one the opportunity of expanding their options within the workplace, but it also provides us with the ability to connect with people worldwide. Having the ability to speak multiple languages fluently grants us the ability to feel more connected with larger populations. Being a language assistant enables me to feel not only proud of my own skills but enlightened that I am able to share what I know with others. One day, I plan on incorporating my French language in my employment so that I may practice and teach for years to come."

Being bilingual allows me to discover more people from different cultures and also have more professional opportunities. Being able to help students to be bilingual is a great honor for me and an incredible chance.

Having the chance to speak more than one language gives you an amazing opportunity not only as a  professional worker or as a  student but also as a person. You may understand how people from different cultures think, feel or act; and Daemen offers you a great opportunity to learn more about them.

I don’t consider myself as a perfect bilingual because I think that there is always something to improve or to learn, so I see this job as an opportunity not only to help you guys to learn Spanish but also to me as a chance to learn more about the American culture as a whole. 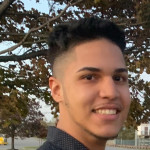 Being able to speak more than one language is beneficial because you are able to communicate with more people and be able to understand more than just one culture. I believe that being bilingual helps create relationships not just domestically but also internationally with others. For me, being bilingual has opened doors to more opportunities and experiences that many don't have. Being a Language Assistant will give me the opportunity to help other students learn another language. Juan Escano- 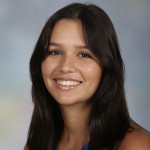 My name is Frida Rubio Talayero and I am a Sophomore at Daemen. I am majoring in Business: Supply Chain and Operations Management Specialization with a minor in Spanish and Entrepreneurship. I am on the Women’s Tennis Team at Daemen and have been playing the sport since I was three years old. I am originally from San Diego, CA but my parents are from Tijuana, Mexico and Mexico City, Mexico so my first language is Spanish. Apart from speaking Spanish at home, I studied the language in High School as well. 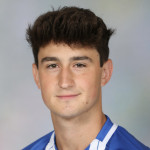 Speaking a second language opens the door to many personal and professional opportunities, which is why nowadays people who master more than one language receive more and better job offers. Thanks to the opportunity to come to the United States, I have been able to improve my English a lot. I can not find a better way to give back this amazing experience than by helping students learn Spanish.

Being born and raised in France, I have the opportunity to learn French and help those who want to improve and learn a new language. With this job I will be able to help you speak French better but I will also learn about the American culture. 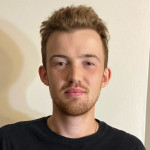 The ability to easily communicate in different languages will not only help you learn about the world around you but also learn about yourself. Being nearly trilingual myself, I have developed an increased awareness of the impact of my words. The more languages you learn, the easier it is to pick up a new one. Having learned French in my childhood, I was also able to learn Spanish more easily. On a more practical note, to be a fluent bilingual will expand your professional horizon, as you'll be able to pursue more career opportunities. If you know how to speak French and English, you can work in both Canada and the United States, whereas Spanish and English allows you to work in the United States and Mexico!